All the power of social robots, right on your desktop

Furhat comes with a very powerful suite of tools allowing you to create, debug, deploy and analyse your applications on your desktop.

Three ways to
program the robot

Get setup in minutes and immediately start creating your own interactions! 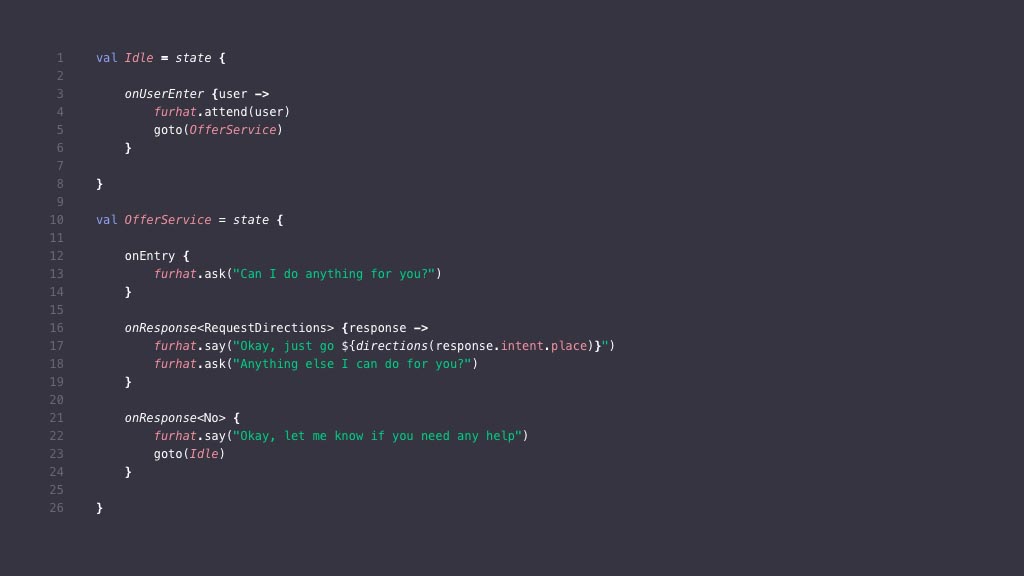 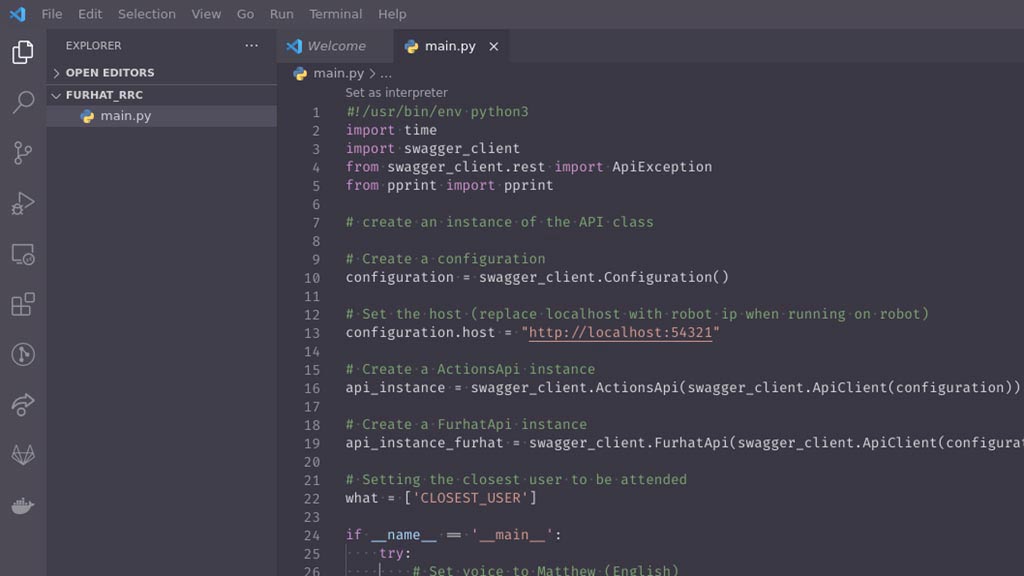 Integrate the Furhat Robot with your existing work

Control the Furhat robot from your own software using the Furhat API (Beta). 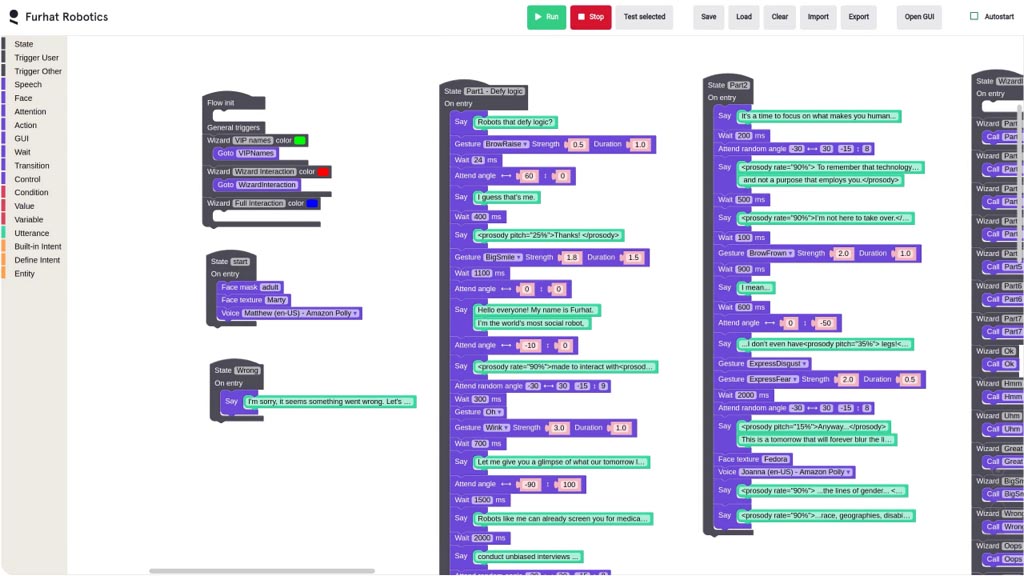 Create interactions for the Furhat robot in minutes using the quick prototyping tool (Beta) based on Google Blockly.

Say hello to the
Virtual Furhat

Interact with a simulation of Furhat on your computer

Seamlessly switch between the physical Furhat robot and the Virtual Furhat on your computer.

Do you want to breathe even more life into your robot? The Furhat Library holds a collection advanced facial gestures, pre-programmed automatic head movements and many more code snippets that will give you a head start when creating your skills.

A complete
suite of tools

Freely accessible with the SDK, our inclusive tools are designed upon requests from our community.

Start using the SDK within minutes

Install the SDK and have the Virtual Furhat up and running within minutes in your desktop. 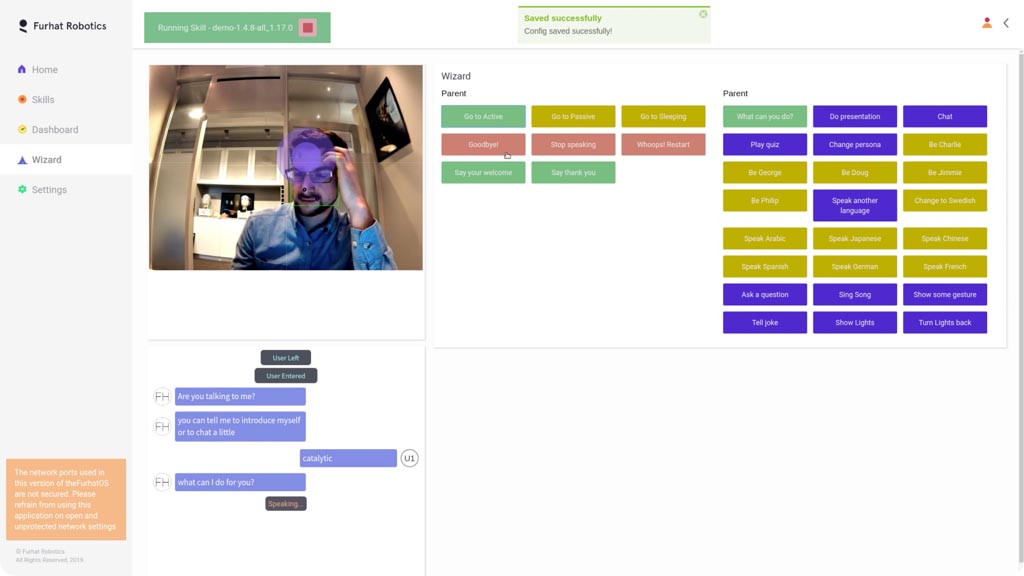 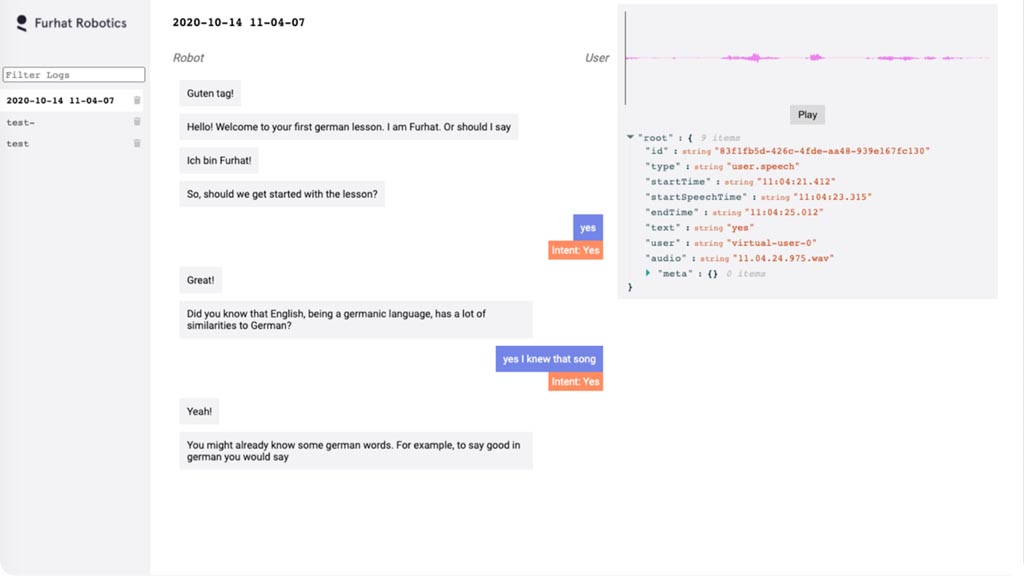 Live tracking and recording of conversations

Access detailed logs of your interactions in our easy-to-use log-viewer tool with minimal setup required. Or set up a custom logging of the flow inside your skill.

All our SDK users are provided access to the Furhat community – a global collection of developers and enthusiasts that are creating solutions with social robots. Share your work, collaborate together and gain experience from experts in the field.

Be part of the family! Come join our community and meet other Furhateers, exchange tips and tricks and ask questions.

Tired of re-inventing the wheel? Get our latest examples kills on Github so that you do not have to start your project from scratch.