Furhat Robotics raises $2.5m in a seed round led by Balderton Capital 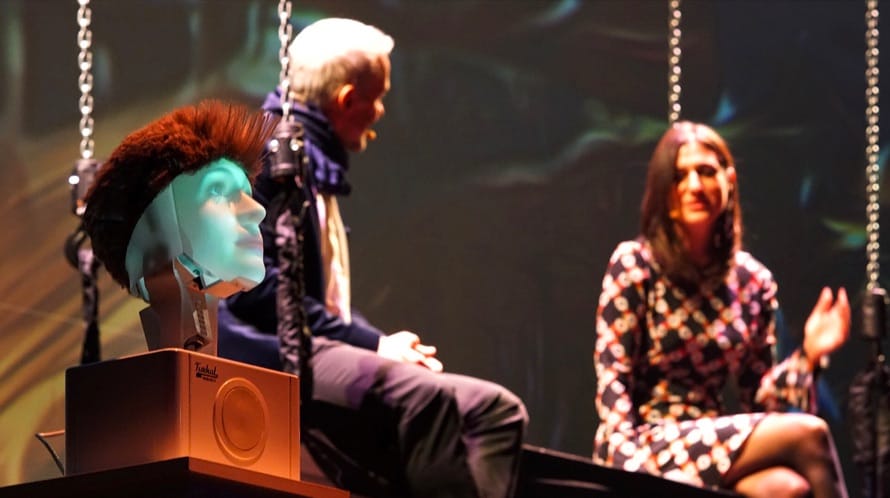 The Furhat robot is a ground-breaking machine that mimics human personality, gesture and intonation. Its face uses computer animation and projection to create expression, while its “brain” is built on a social intelligence platform that can be programmed to participate in socially-aware interactions with humans.

Furhat was started by four researchers from Stockholm’s Royal Institute of Technology in Stockholm, Sweden, who have spent years developing a social robotics platform that combines advanced conversational artificial intelligence with robotics technology. Their mission is to create a new interface between humans and technology that will be as groundbreaking an interface as the smartphone and as revolutionary a software platform as the Windows operating system. The robot and the software platform are already being used in industry and in public service by companies and institutions who are interested in working with Furhat Robotics to develop applications on top of the platform. These include Honda, Intel, Merck, Toyota, and KPMG.

“Furhat’s vision is to build a computer interface that enables people to interact with machines the same way we interact with each other. We believe social robotics will be as disruptive as the smart phone or the PC, and we are at the very early days of a technology that will allow us to interact with machines in a more human like manner. Furhat can potentially be used in thousands of different ways. To enable Furhat as a platform, we are building an Operating System for conversational robots, and we expect people will come up with amazing ideas and ways to use it that have the potential to disrupt many markets”, Samer Al Moubayed, co-founder and CEO said.

”Technology and robotics are fast becoming part of our daily lives. The Furhat platform gives an early insight into the adaptability and flexibility of robotics that is fast inspiring other businesses in multiple sectors”

“This funding will provide us with the muscle to bring Furhat to a new level, and engage in substantial commercial partnerships with industry leaders that are as committed as we are to empower people to access and interact with technology and information in more human and social manner.”

The potential early applications for Furhat include education and training, therapy and social care, customer service, and in entertainment. It is currently being used by the Swedish employment agency to help train people for job interviews and as a teaching assistant in several Stockholm schools. Honda is developing Furhat as a conversational tool for the elderly in smart home environments, while Merck is using Furhat to develop cognitive training and rehabilitation aides for patients with multiple sclerosis. UK accountancy firm KPMG is working with Furhat to build the financial advisor interface of the future.

Daniel Waterhouse, partner at Balderton who led the investment, said:“We have long been obsessed with the development in human-machine interaction. As humans are beginning to get comfortable with one-step non-emotive voice communications with machines, we are excited to be supporting Furhat who are at the centre of the next jump in interaction. Furhat is already being used as a platform for some very important (and some fun) ways for humans to have a more natural and impactful interaction with technology. We are delighted to be backing such an exceptional team on their journey to make their platform an industry standard.”

Saul Klein, partner at LocalGlobe, said: “Technology and robotics are fast becoming part of our daily lives. The Furhat platform gives an early insight into the adaptability and flexibility of robotics that is fast inspiring other businesses in multiple sectors. The potential for interaction between robots and humans is huge and Furhat is developing social artificial intelligence in a groundbreaking way.”

The investment follows an exceptional period for Furhat Robotics which has already secured a mix of leading research universities and global businesses as customers and partners. Furhat, based in Stockholm, is set to double in size as it recruits world-class engineers and PhDs, as well as business management expertise, to continue the development of Furhat’s intelligence.

At the same time, the company is working on a new technology that will further cement the startup’s world-leading position in social robotics and artificial intelligence.