Robot concierge to assist millions of passengers in Germany and Japan

– SEMMI, a multilingual travel concierge, is a joint collaboration between Deutsche Bahn and Furhat Robotics
– After multiple rounds of testing at Frankfurt Airport, the robot is now in field tests in train stations in Japan and Germany 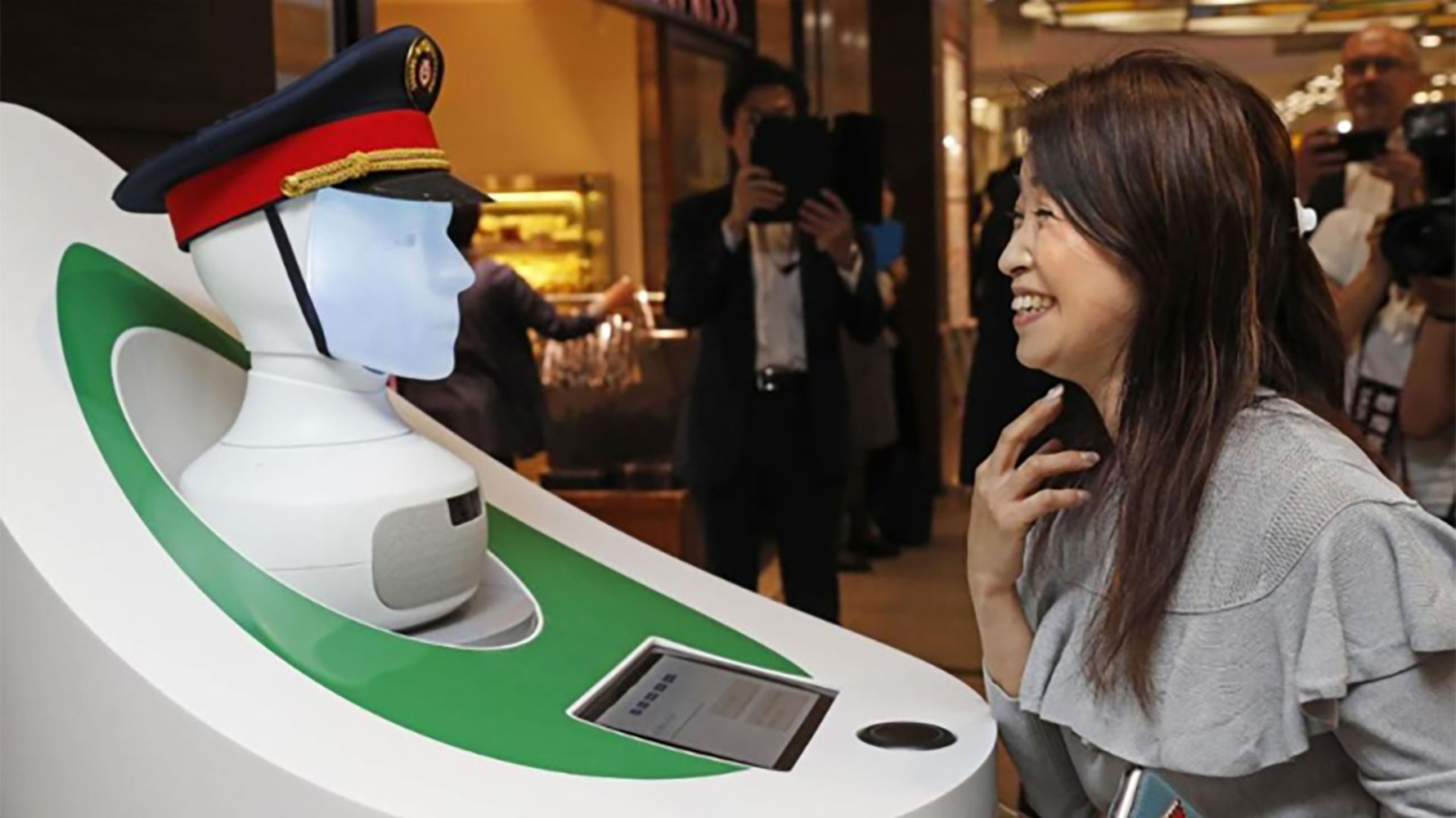 Around half a million people pass through Tokyo Station each day – many of them with questions. This week, a Swedish robot is helping to answer them.

The SEMMI robot, developed by DB Systel on the Furhat Robotics platform, is a multilingual travel concierge designed to answer a variety of travel-related questions in nine different languages. Until May 31st the robot will be part of a JR East field test at Tokyo Station, which is the 8th busiest train station in the world. The goal of the field tests is to deploy concierge robots at subway stations during the Tokyo Olympics in 2020.

DB Systel Gmbh – the digital innovation arm of German railway company Deutsche Bahn – first created FRAnny, a similar robot which answers questions at Frankfurt Airport. During a four-week trial in 2018 over 4,400 passengers interacted with FRAnny, and more than 75 percent of them rated their exchange positively. Since then Deutsche Bahn and Fraport have worked continuously with user feedback to optimize the experience with the robot, and in May  FRAnny returned to the airport for another round of testing.

SEMMI (which standards for Socio-Emphatic Man-Machine Interaction) is even more robust, and starting from June will also be assisting staff at Berlin Central Station. The goal of FRAnny and SEMMI is not to replace but rather to assist current customer service staff. The robots can answer simple questions in multiple languages, freeing up valuable time for staff to work with more complicated issues. Waiting times will also be reduced, particularly during peak hours.

Kais Samkari, Project Lead at DB Systel states, “At DB, our aim is to develop the next generation of traveler services, and in Furhat, we have a partner at the cutting edge of robotics. This is no gimmick; it’s a real-world test to see if a robot can actually make life easier for people in transit.”

Says Samer Al Moubayed, CEO of Furhat Robotics, “Being able to interact with international travelers in multiple languages is one of the most ambitious attempts to use social robots to date, and we are excited to see our technology being used and tested in this partnership. The trials in Germany so far have gone very well, and we look forward to seeing the impact the robot will have in Japan, which is home to many of the world’s busiest stations.”

Furhat Robotics is a Conversational AI and Social Robotics startup that has developed the world’s most advanced social robotics platform. The vision of the company is to build a human-like computer interface that enables people to interact with machines in the same way that humans interact with each other. Based in Stockholm, Sweden and born out of a research project at KTH, Furhat has already won many scientific and innovation awards. The company currently works with over 70 international businesses and development agencies, spanning multiple industry sectors including recruitment, entertainment, transportation and finance.