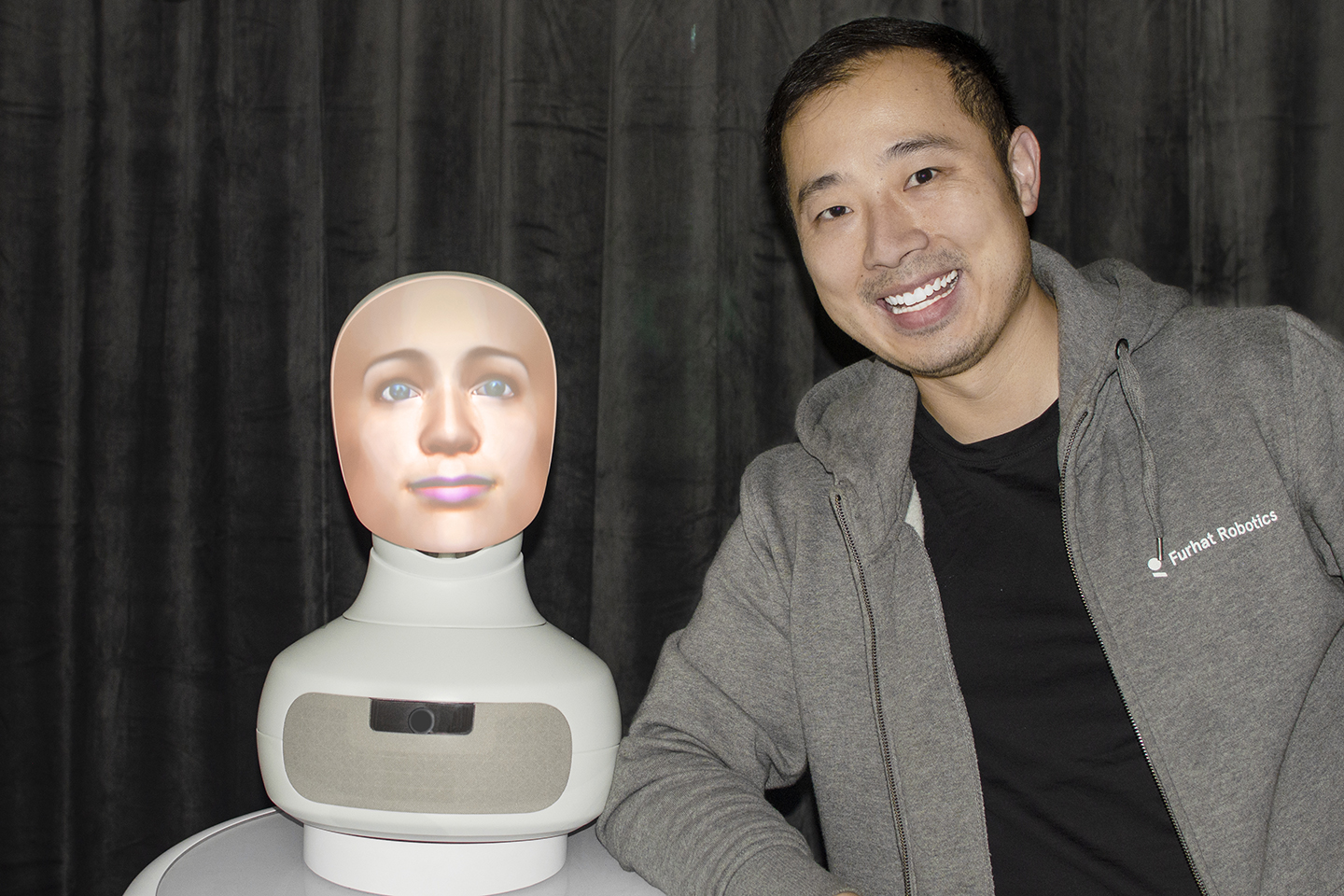 Swedish Furhat Robotics is growing quickly: the company has more than doubled its number of employees since last year. And now the latest addition to the team has been revealed: Furhat has recruited Alix Chen from major competitor SoftBank Robotics, creator of the well-known Pepper and NAO robots.

After six years as SoftBank’s Sales Manager for Pepper/NAO in the Asia and Pacific region, Chen moved to Stockholm this summer. He began his new role, as Business Developer at Furhat Robotics, immediately.  Chen will focus in particular on expanding the company’s business relations with researchers and the academic world, in addition to paving the ground for building Furhat’s global reseller network, starting with Asia.

“My goal is to make Furhat Robotics the obvious social robotics platform for researchers, academics, and robot enthusiasts around the world,” says Chen.

“The first time I saw Furhat, I saw instantly that it solved many of the issues my clients had with other social robots. Furhat is much more focused on Human-Robot Interaction and creating the feeling of co-presence, to build meaningful relationships with customers.  It’s the perfect example of a robust application of social robots, rather than just being seen as a toy. Companies, and researchers, have high expectations of social robots these days – and Furhat can deliver on those expectations.”

According to Furhat Robotics CEO Samer Al Moubayed, the company aims to position itself as “the most exclusive, advanced, and expressive choice” for researchers, and Chen’s experience with helping to build social robotics company is “priceless”.

“Very few people in the world have done this – and Alix is one of them. Coming from SoftBank, he brings a unique experience in working in a large and global organisation that delivered one of the most successful social robot products in history to date. We are very happy to see Alix bringing that knowledge to help us make Furhat the iconic company we want to build.”

In addition to his deep understanding of the academic world, Chen also has experience building a complex network of resellers in Asia in the past and will be responsible for building Furhat Robotics’ reseller network.

Moving from pulsing Shanghai to the much-smaller Stockholm isn’t necessarily easy – but Chen says he is thrilled with the choice.

“Furhat Robotics has a young, dynamic team, and a cross-cultural working environment where I can learn new things every day. I enjoy working here and I’m very happy about the trajectory we are on.”

The hire comes at an exciting time for the company: Furhat also just recruited Roger Nimbratt, former Head of Supply Chain at Tobii.