Get a new Furhat for only €13,500Read more about our end of year offer 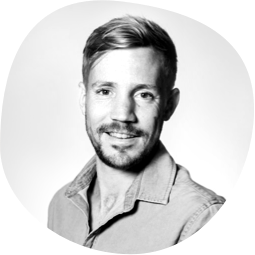 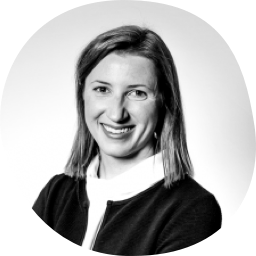 “The adventure of life is to learn” - this was once said by the writer William Arthur Ward, and while maybe not everyone would agree on the adventure aspect, learning new things is a key part of life. Just like any other industry, it’s necessary for the education industry to continue to innovate and be open to new methods of learning - not only to keep students engaged, but also to cater for unexpected circumstances like the current COVID-19 situation, where many students find themselves studying remotely while schools and universities are closed. At Furhat Robotics, we believe that social robots are part of transforming the future education landscape! 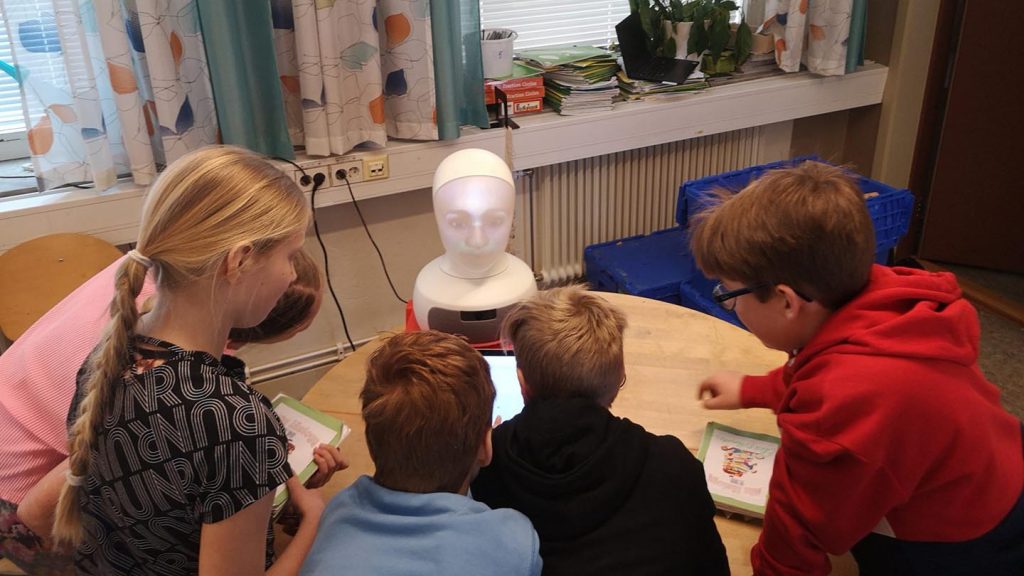 Being robot enthusiasts, it comes natural for us to be excited about the idea of social robots to enhance education and learning – but we are not the only ones! According to Research & Market, the educational robot market is estimated to reach USD 1,689 million by 2023, and specifically the adoption of humanoid robots is expected to grow fast. Deployment of robots are already taking place in educational systems out in the world, with kindergarten up to grade 12 being in focus. Some well-known examples are Kaspar, EMYS and Tega, not to mention the work that we at Furhat have done together with the City of Stockholm.

The City of Stockholm wants to reduce workload on teachers and engage students. We believe social robots can do both!

The topic of education and learning is of course extremely broad, and includes many different challenges and opportunities. In our previous blog post, A robot in every classroom, we talk about the lack of teachers and decreasing student engagement. We look into how a social robot such as Furhat can take both the role as a tutor, reducing the workload on teachers, and as a peer, to collaborate with students and practice existing knowledge. As the blog title says, our future vision is to have a robot in every classroom!

In this blog, we want to deep-dive into a few use cases that are possible to build and deploy with the current state of technology, and that could target both young and adult learners.

These are cases that we’ve felt particularly excited about for quite some time, and now want to share with you – so let’s explore!

Have you ever gone to a language café to practice a foreign language? Social robots such as Furhat are the perfect and always patient partner to learn a new language! The robot can act both as a teacher (e.g. explaining and pronouncing new words and phrases) and take the role as a conversation partner to practice new or existing language skills with the user, as was explored in a research project from KTH in Sweden. The Furhat robot, being connected to speech recognizers from Google and Microsoft, can understand over 120 languages and speak 40+ languages, making it an unparalleled tool in e.g. immigration. In 2018, an initial pilot was made in Stockholm using the Furhat robot to practice Swedish for immigrants, with positive results. 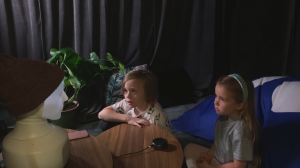 The expressiveness of the Furhat robot – using the possibility to quickly change faces, voices and gestures – creates fantastic opportunities for immersive storytelling! Telling and listening to stories is an important part of developing children’s language and social skills, and while spending quality story time with a human adult would often be preferred, not all children have access to that kind of support. The robot can engage and interact with children by enacting characters from books or creating stories together, encouraging creative thinking in a sage, non-judgemental environment. This kind of interactive storyteller application is currently being developed and piloted together with libraries around Sweden – stay tuned for more info on that!

Another aspect of learning and education is practicing and developing social skills. While this is an important part of every human’s life, children with an autism spectrum disorder (ASD) can be in extra need of practicing e.g. how to interpret different gestures or social behaviour. An easily programmable robot that can show a wide range of gestures is a valuable tool to simulate “real-world” situations and feelings, helping children to practice skills in a safe yet “human-like” way – either on their own, or together with a therapist. In the below link, you can deep-dive into our Habilitation concept and read more about how such an application could look like.

4. Learning the future of programming 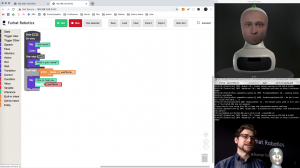 The importance of children learning how to program has been a hot potato for a few years. As robot enthusiasts, we are of course excited by the increased focus on tech skills, but think that there is more to the question than “only” programming: we foresee that the next generation of tech development will be increasingly focused on how humans interact with machines, and specifically machines that can speak and interact in a human-like way. It’s therefore critical that we as humans, regardless of age and regardless if we will be developers or only consumers, get an increased understanding of how interactions with robots are created, and more importantly how to make them meaningful and valuable. A simple and fun way to do that with the Furhat robot is through the tool Blockly, which is free for anyone to download and start exploring!

Scientists and research labs are constantly on the lookout for new ways to understand human communication, social behaviour, perception of speech and language, and psychology at large. Our community already includes experts in these fields, who are using Furhat to run controlled experiments. One example is The Centre for Social, Cognitive and Affective Neuroscience (cSCAN) at Glasgow University, who conduct experiments with the Furhat robot to investigate cultural differences in using facial expressions for social communications. The team analyzes how the brain reacts to different facial gestures that the robot displays, in which the facial micro-movements are extremely customizable thanks to Furhat’s animated face.

What challenges are we facing to introduce social robots in education?

As often with new and disruptive technologies, there are challenges to overcome. An obvious one is the willingness to accept and use a new product – is it realistic to assume that teachers and students, regardless of age, will be interested and comfortable interacting with a robot? There is also the challenge of correctly understanding our speech, especially younger children’s speech, and interpreting their social behaviour and gestures, while being dependent upon quite general algorithms for speech and gesture recognition. Furthermore, deploying a physical robot is more challenging to scale (at least in times of remote education) and might still require some human assistance, which might contradict the work reduction for teachers and education workforce.

With these challenges in mind, why do we still believe that social robots are an important tool for the future of education and learning?

Wouldn’t it be easier to just use tablets or touch screens instead? There are certainly situations when that might be practical, and after all, not everyone learns in the same way. There is however very exciting research on the advantages of physical robots for learning, from some of the world’s brightest minds working within the field of social robotics. For example, a 2018 review on “Social robots for education” outlines three major advantages of physical robots in comparison with virtual counterparts (that we happen to agree with): 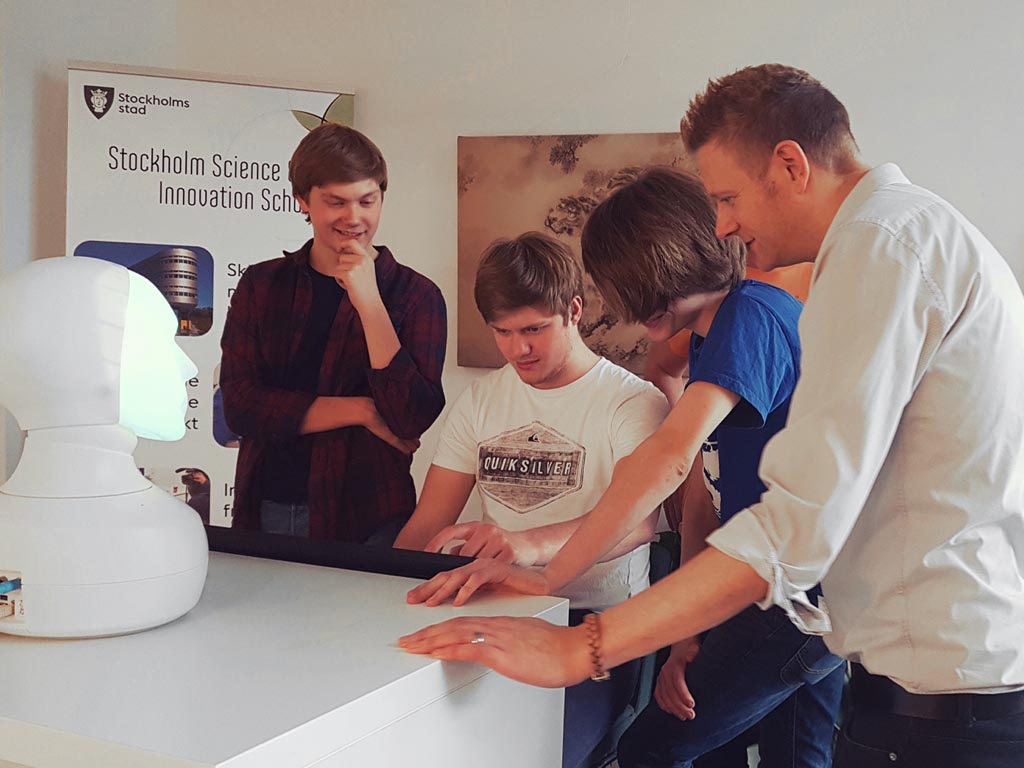 The demand for greater personalization throughout the school system is ever-growing, particularly with the need for new tools to augment the teaching efforts of teachers and parents alike. Technology-based support, and in particular social robots, provide an effective solution to problems that have faced the schooling system in recent years. Shrinking school budgets result in reduced teaching staff and if we combine that with the increase in numbers of students per classroom, it provides a recipe for a highly de-personalized, “one-size-fits-all” educational experience for the upcoming generations.

Social robots will not solve all the challenges in the education system – that will require a combination of human and multi-technology efforts! But we feel certain that if we can overcome the mentioned challenges (and we at Furhat are working hard to do so), we have a fantastic opportunity to bring tailored learning experiences back into the classroom and prepare the next generation with skills that they need to succeed!

Are you curious to meet your first Furhat robot? We wish we could meet you physically, but in the meantime make sure to claim a spot on our upcoming webinar to see Furhat in action and grab the opportunity to ask our team any questions. 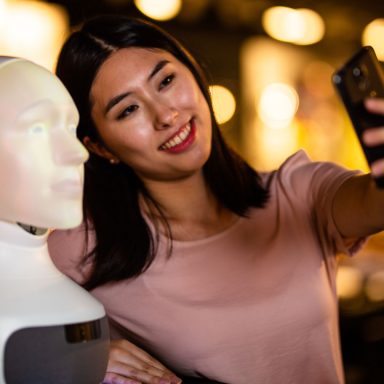